Energy and Human Ambitions on a Finite Planet 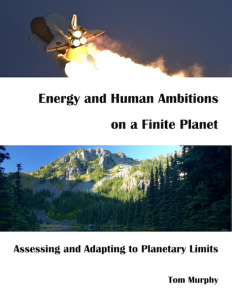 Where is humanity going? How realistic is a future of fusion and space colonies? What constraints are imposed by physics, by resource availability, and by human psychology? Are default expectations grounded in reality?

This textbook, written for a general-education audience, aims to address these questions without either the hype or the indifference typical of many books. The message throughout is that humanity faces a broad sweep of foundational problems as we inevitably transition away from fossil fuels and confront planetary limits in a host of unprecedented ways—a shift whose scale and probable rapidity offers little historical guidance.

Salvaging a decent future requires keen awareness, quantitative assessment, deliberate preventive action, and—above all—recognition that prevailing assumptions about human identity and destiny have been cruelly misshapen by the profoundly unsustainable trajectory of the last 150 years. The goal is to shake off unfounded and unexamined expectations, while elucidating the relevant physics and encouraging greater facility in quantitative reasoning.

After addressing limits to growth, population dynamics, uncooperative space environments, and the current fossil underpinnings of modern civilization, various sources of alternative energy are considered in detail— assessing how they stack up against each other, and which show the greatest potential. Following this is an exploration of systemic human impediments to effective and timely responses, capped by guidelines for individual adaptations resulting in reduced energy and material demands on the planet’s groaning capacity. Appendices provide refreshers on math and chemistry, as well as supplementary material of potential interest relating to cosmology, electric transportation, and an evolutionary perspective on humanity’s place in nature. 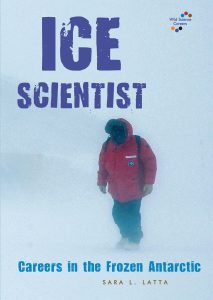 Imagine a place where summer reaches only 36F. at most, and where the sun does not set. Each year, thousands of brave scientists travel to the frozen wasteland of Antarctica in hopes of learning more about our planet. Travel with them to this icy continent to learn about the careers of Antarctic scientists and the things they study.

Losing the Nobel Prize: A Story of Cosmology, Ambition, and the Perils of Science’s Highest Honor 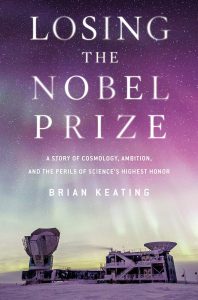 The inside story of a quest to unlock one of cosmology’s biggest mysteries, derailed by the lure of the Nobel Prize.

What would it have been like to be an eyewitness to the Big Bang? In 2014, astronomers wielding BICEP2, the most powerful cosmology telescope ever made, revealed that they’d glimpsed the spark that ignited the Big Bang. Millions around the world tuned in to the announcement broadcast live from Harvard University, immediately igniting rumors of an imminent Nobel Prize. But had these cosmologists truly read the cosmic prologue or, swept up in Nobel dreams, had they been deceived by a galactic mirage?

In Losing the Nobel Prize, cosmologist and inventor of the BICEP (Background Imaging of Cosmic Extragalactic Polarization) experiment Brian Keating tells the inside story of BICEP2’s mesmerizing discovery and the scientific drama that ensued. In an adventure story that spans the globe from Rhode Island to the South Pole, from California to Chile, Keating takes us on a personal journey of revelation and discovery, bringing to vivid life the highly competitive, take-no-prisoners, publish-or-perish world of modern science. Along the way, he provocatively argues that the Nobel Prize, instead of advancing scientific progress, may actually hamper it, encouraging speed and greed while punishing collaboration and bold innovation. In a thoughtful reappraisal of the wishes of Alfred Nobel, Keating offers practical solutions for reforming the prize, providing a vision of a scientific future in which cosmologists may, finally, be able to see all the way back to the very beginning.

Into the Impossible: Think Like a Nobel Prize Winner: Lessons from Laureates to Stoke Curiosity, Spur Collaboration, and Ignite Imagination in Your Life and Career 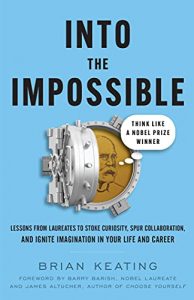 How can you unlock creativity and imagination to inspire, teach, and lead? What mental models do the world’s most accomplished scientists use to supercharge their creativity and strengthen their most precious collaborations?

In this mesmerizing collection of interviews with some of the world’s brightest minds, you’ll discover that achieving greatness doesn’t require genius. Instead, dedication to a simple set of principles, habits, and tools can boost your creativity, stoke your imagination, and unlock your full potential for out-of-this-universe success.

Through their own words, you will discover why Nobel Prize-winning scientists credit often-overlooked “soft skills” like communication, motivation, and introspection as keys to their success. You’ll see why they turn to curiosity, beauty, serendipity, and joy when they need a fresh view of some of the universe’s most vexing problems…and how you can too, no matter what you do!

Within the pages of Into the Impossible: Think Like a Nobel Prize Winner, the wisdom of nine Nobel Laureates has been distilled and compressed into concentrated, actionable data you can use. While each mind is unique, they are united in their emphasis that no one wins alone—and that science, and success itself, belongs to us all.

The Scientific Method: Reflections from a Practitioner 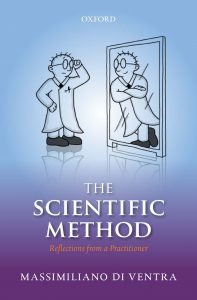 This collection of personal reflections on the scientific methodology shows the observations and daily uses of an experienced practitioner. Massimiliano Di Ventra also examines the limits of science and the errors we make when abusing its method in contexts that are not scientific, for example, in
policymaking. By reflecting on the general method, the reader can critically sort through other types of scientific claims, and judge their ability to apply it in study and in practice.